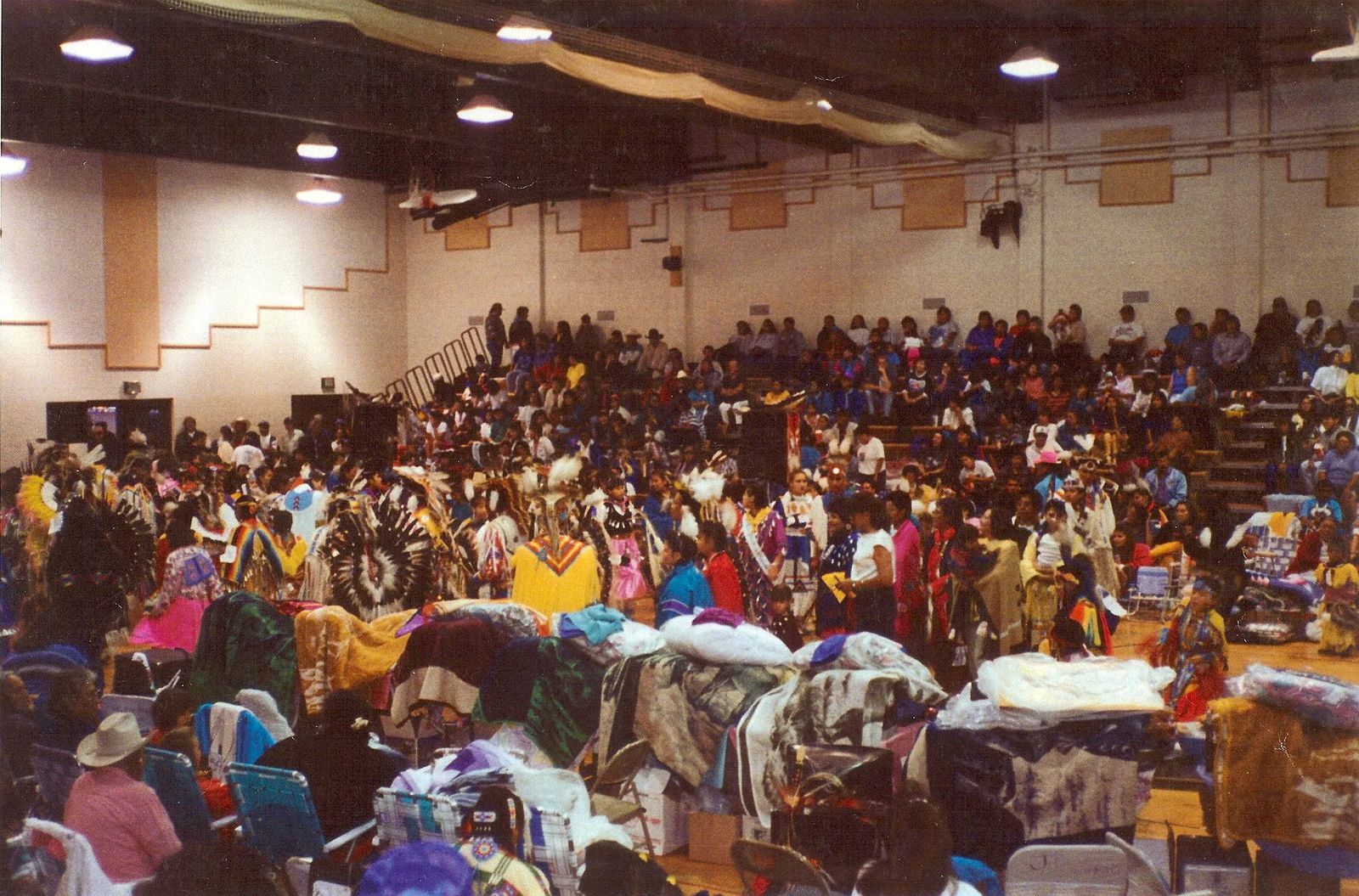 A public celebration with singing, dancing, and honoring of participants.

Over two hours of recording was made during the Northern Cheyenne Memorial Day pow wow at Lame Deer, Monday evening, May 30 from approximately 8:30 pm to 11:00 pm. The recording was interrupted only to change the tapes or the batteries.

Participants in the pow wow are announced on the tape. The recordist sings with the drum group, White Buffalo Singers: Corlette Teeth, Floyd Bearing, Henry Sioux and others. These are men from Busby and Lame Deer.

All Nations Singers is a drum group from Lame Deer, Montana, made up of a majority of highschool age young men. The Four Star Singers, led by Philip Whiteman are also from Lame Deer. The Crow Wranglers are a group from Crow Agency, Montana, from the Crow tribe. These and other groups are announced to perform intertribal songs, for open dancing, and contest songs, for contestants in traditional regalia to perform before judges for cash prizes.